What’s Wrong With the Way We Work?

A lot has changed in how we work over the years, but there are still some glaring issues. Here's what's wrong with the way we work.

Nowadays, it seems like no one is exactly happy with their job. People are always talking about how they want to quit their jobs, hate their jobs, or only do it for the money.

Long ago, work was seen as a necessary evil. It was something that had to be done to put food on the table and keep a roof over your head. But it was also seen as a way to better yourself and contribute to society.

Now, it seems like work has become nothing more than a means to an end. We do it because we have to, not because we want to. We’re stuck in jobs that we hate, bosses that are impossible to please, and co-workers that make our lives a living nightmare.

But at the core, what's the reason for all this discontent? What's wrong with the way we work? A few key things all contribute to the general feeling of unhappiness. Here are the most significant ones.

1. The Current Working Practices Are Outdated

Although the world around us has massively changed and progressed, the way we work has remained essentially the same. It's still based on the principles that were put in place during the 20th, or sometimes even, 19th century.

We're not using it to make our jobs easier or more efficient; we're just using it to cram more work into the same amount of time.

The result? We're all working longer hours, and we're more stressed out than ever.

With the amount of time we all spend at work, it's only natural that we would want our jobs to be more than just a way to make money. We want them to have some sort of meaning or purpose. We want them to give meaning to our lives.

So when the work isn't fulfilling or doesn't make us feel like we're doing something that matters, it's extremely disheartening and quickly impacts our happiness levels in all aspects of our lives.

Unfortunately, only 13% of global employees report being engaged and emotionally invested at work, which means that the majority of people aren't finding meaning in their jobs. That's a high number of people going through the motions day in and day out without any sort of fulfillment.

The reasons are plenty. Maybe the work itself is mundane. Maybe the company's values don't align with our own. Or maybe we're not given the opportunity to use our skills and talents in a way that we find satisfying. Whatever the reason may be, it's clear that a lack of meaning is one of the key things that's wrong with the way we work.

That only begs the question: if we spend most of our lives working, and we're not finding meaning in our work, what’s the point?

3. Lack of Transparency and Control Over One's Own Growth

Most companies have standard annual performance reviews, but they're not really effective in helping employees understand how they're doing or what they need to work on. They're usually just a way for the boss to tell the employee what they think of their work over the past year.

There's no constructive feedback or a clear plan for the future. 61% of employees say that their companies don't provide career development opportunities after reviews. Not to mention, 67% of employees don't feel heard during reviews to begin with.

Without that feedback or guidance, employees are left in the dark about their own development. They don't know what they need to work on or what they should be striving for. As a result, they can quickly become disengaged and unhappy in their work.

That's especially the case for self-motivated people, who are constantly looking for ways to improve and grow. When they don't have that outlet at work, they'll quickly become frustrated and look for other opportunities.

Instead, companies should aim for transparency and two-way communication when it comes to employee development. Transparent KPIs, regular feedback, and opportunities for growth will go a long way in keeping employees engaged and motivated. Plus, self-evaluation should be a key part of the process–we all know ourselves better than anyone else.

4. No Freedom for Employees to Control Their Own Time

The 9-5 schedule is a holdover from the industrial revolution when people worked in manual labor jobs/factories and had to physically be there for a set number of hours. But in today's world, where technology has made it possible to work from anywhere, the 9-5 schedule is nothing more than an arbitrary and inflexible way to measure productivity.

It doesn't matter if you get your work done in 8 hours or 2 hours, as long as the work gets done. And yet, most companies still operate on this antiquated system of working eight hours long (with a one-hour lunch break in the middle), five days a week – even if there's no longer any need for it.

Rigid schedules are one of the reasons why the way we work isn't working. We're still expected to show up at an office or workplace and put in a set number of hours, regardless of whether or not we're actually productive during that time.

Better yet, we're often expected to work long hours, even if it means sacrificing our personal lives and well-being. This isn't sustainable in the long run and is one of the key reasons people are so unhappy with their jobs.

If we want to fix the way we work, we need to give people more control over their own time. That means ditching the 9-5 schedule in favor of a more flexible approach that allows employees to work when they're most productive. It also means giving employees the option to work from home or a different location if that's what works best for them.

One factor that plays into job satisfaction is the opportunity to be creative and innovative in one's work. When we're given a chance to use our creativity, we feel more engaged and motivated in our jobs.

Unfortunately, the current workplace doesn't always provide that opportunity because of one simple reason: the workplace design/setup itself. Most offices are set up in a way that doesn't encourage creativity or collaboration. They're designed for individual work, with each person sitting at their own desk or cubicle.

There's no opportunity for impromptu conversations or brainstorming sessions and no easy way to bounce ideas off other people. This lack of creativity can quickly lead to boredom and dissatisfaction in the workplace.

To fix this, companies must rethink how their offices are designed. They need to create spaces that encourage collaboration and creativity instead of individual work. And they need to give employees the opportunity to work on projects that interest them and allow them to be creative. Only then will we see a more engaged and satisfied workforce.

6. It Still Isn't Suitable for Women

The workplace has come a long way in recent years when it comes to gender equality, but there's still a long way to go. The fact is, the workplace was designed for men – and it still isn't suitable for women.

Women are often expected to conform to the traditional male model of work, which means working long hours, being available at all times, and sacrificing their personal lives for their careers. But this work model doesn't work for everyone, and it's especially difficult for women who also have families to care for.

Having a family shouldn't mean having to choose between your career and your personal life. But in today's workplace, that's often the case. If we want to fix the way we work, we need to make it more accommodating for women – and that means offering more flexible working arrangements, such as part-time or remote work, along with flexible hour options.

According to McKinsey Global Institute’s “The Power of Parity”, advancing women’s equality can add $12 trillion to global growth. So, there is a business case to be made too.

We're in an era where we have the ability to work from anywhere, at any time. So there's no reason why the traditional workplace model should still be the norm. It's time for a change – and it's time to fix the way we work.

It’s Time for a Change!

With all that said, it becomes quite clear that the way we work isn’t working for us anymore – it’s holding us back. We need to be more productive, we need to find ways to better utilize our time, and we need to create workplaces that stimulate creativity instead of stifling it.

There are many ways to achieve this, but it all starts with a change in mindset. We need to be open to trying something different and experimenting with new ways of working that include agile ways of working, activity-based working, hot desking, office hoteling, and remote working.

If we're going to fix the way we work, we need to embrace change and be open to those new ways of working that can help us be more productive, more creative, and more satisfied with our jobs. It's time for a change – are you ready? 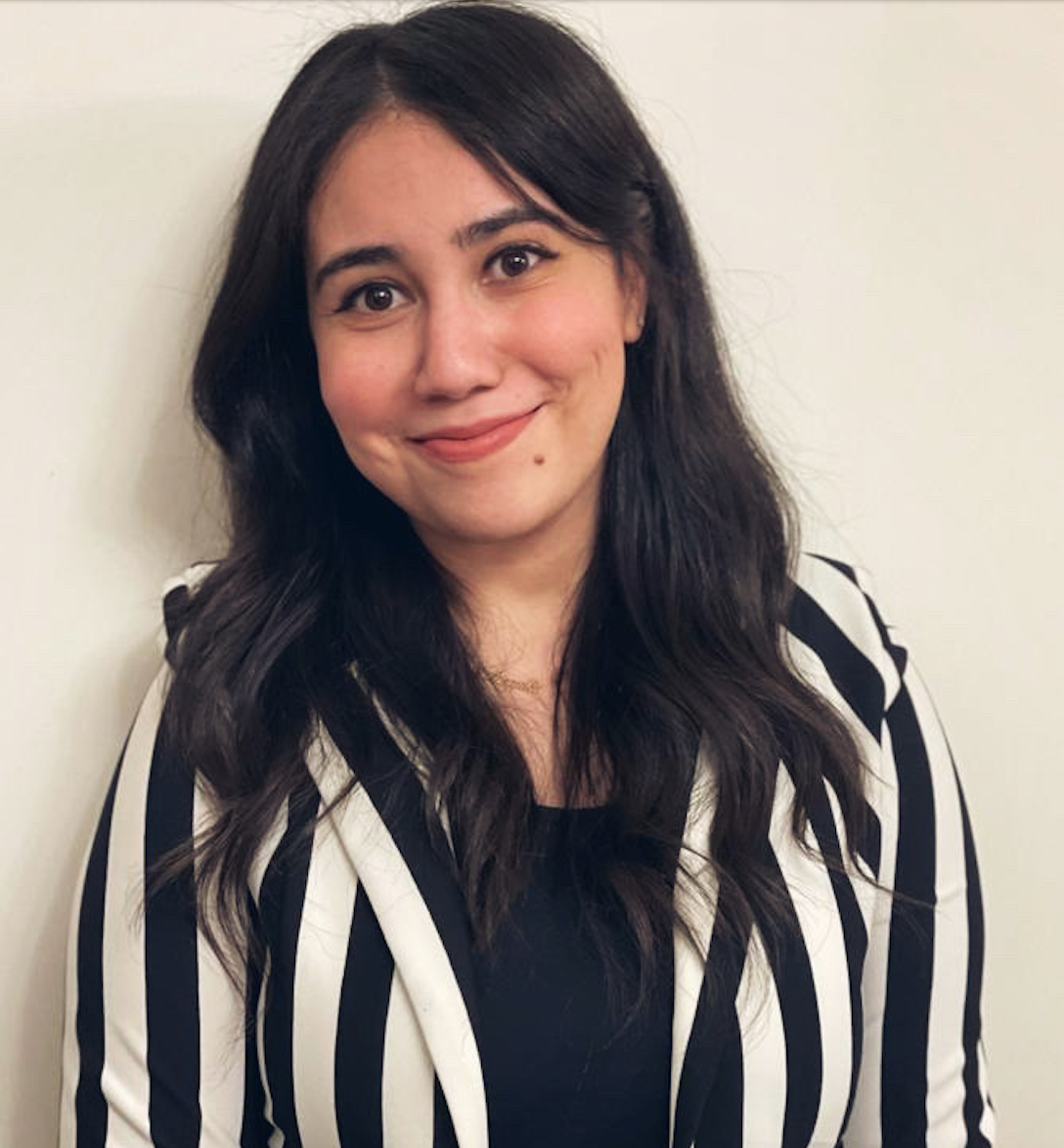 As a content writer who has tried it all when it comes to working models– from the traditional 9-5 in an office to fully working remotely and everything in between. Reem now puts her experience with the various working style into words at Tribeloo, ultimately helping others make more informed decisions about their own work lives.

Also recommended for you:

Employees return to office to save on energy

7 Tips to Improve Your Workplace Experience

Employees prefer a desk booking system that integrates with Office 365